Yesterday was our last day of the Model A Tour. Today everybody is leaving for home or other places. We say our final goodbyes. 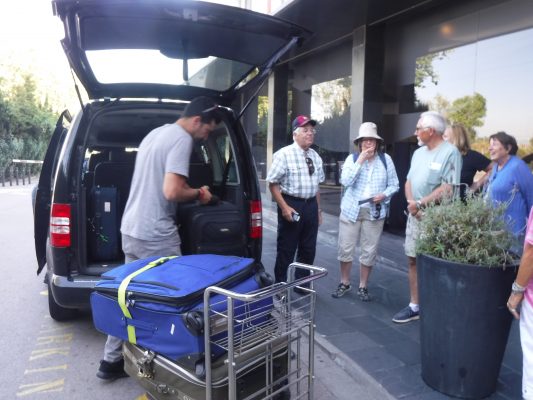 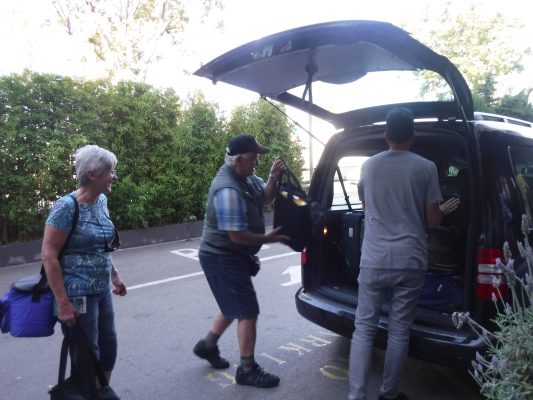 Marilynn and Bob leaving in taxi to get their car to travel on their own for 21 days through Europe before getting on a Mediterranean cruise.

We decide to explore Barcelona via the Hop On-Hop Off bus with Dorothea and Jim. 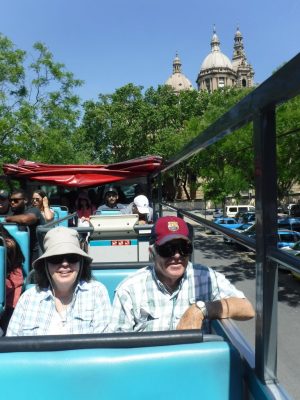 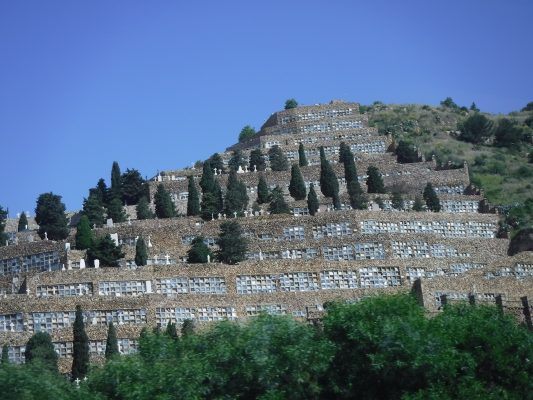 Their cemetery here is crypts in the side of the mountain because there is so much hard rock and lack of room to bury people flat. 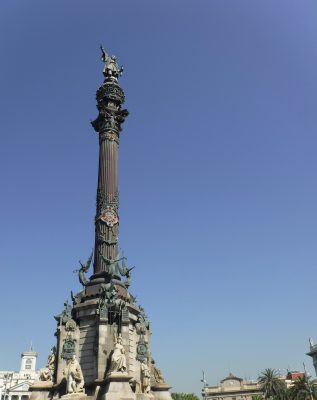 Christopher Columbus pointing the way to the New World. 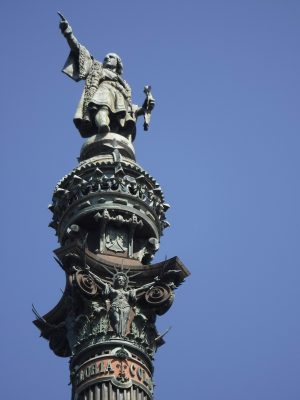 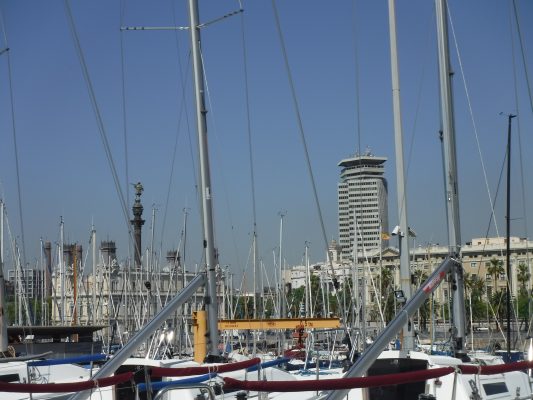 Christopher Columbus statue through the many masts of boats in harbor.

Old buildings in the city: 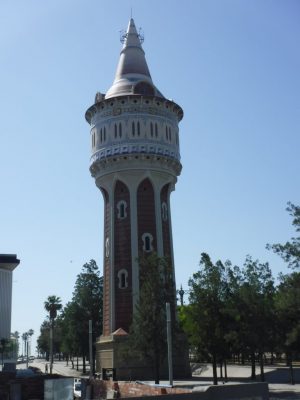 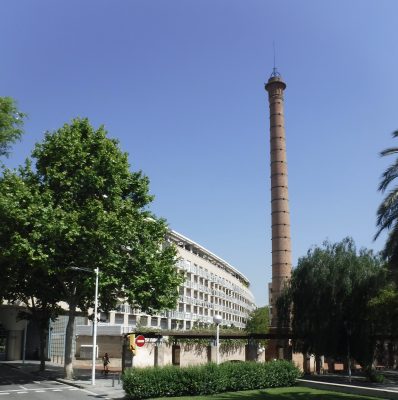 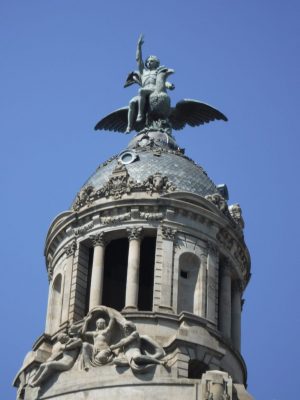 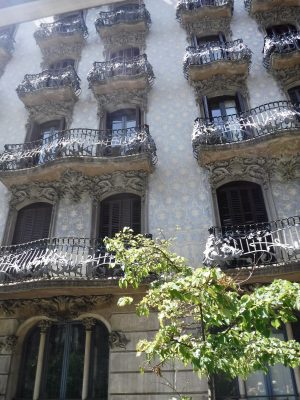 Casa Batlló, the architectural jewel of Modernism by Antoni Gaudi. 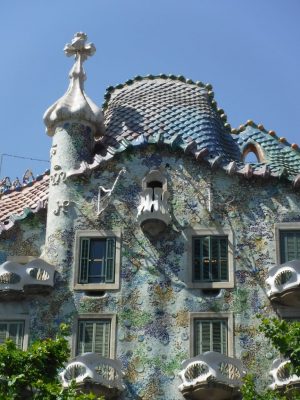 The La Pedrera, a building by Gaudi inspired by nature with its undulating facade and wrought iron balconies, because he thought nature does not have straight lines. 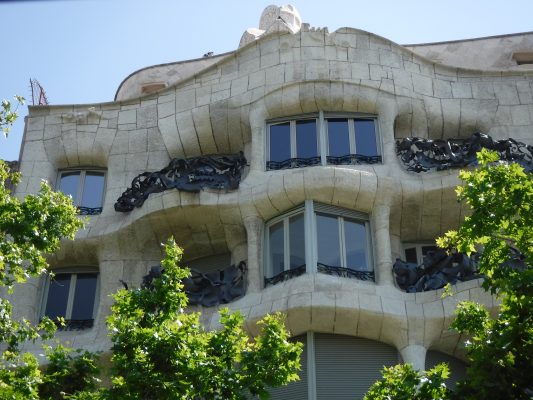 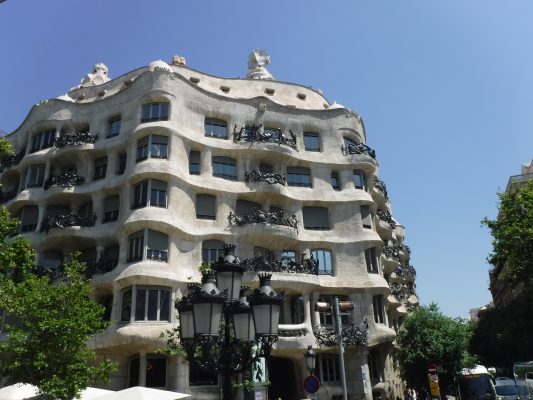 Barcelona is a large city of 3 million people. The streets are very busy with cars and buses coming literally within inches of each other. They have built 100 km. of bike lane. There are also a lot of mopeds. But it does not even come close to the streets of Cairo. 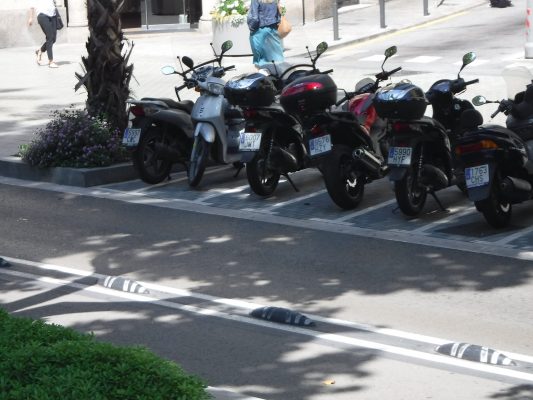 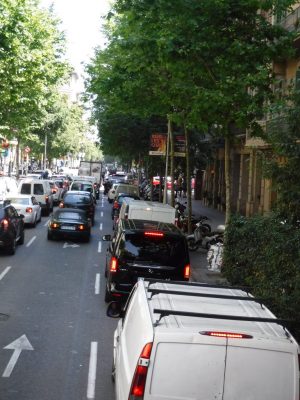 We go by the Basílica de la Sagrada Família again today. To me it is a very different basilica. They are still building onto it. 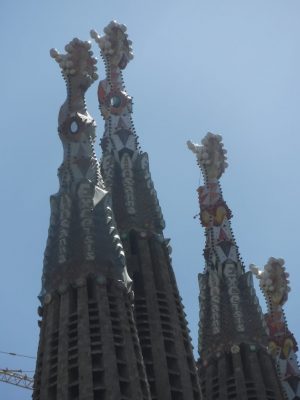 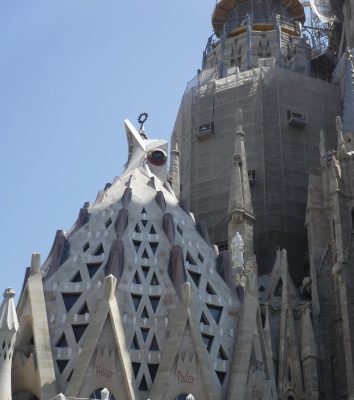 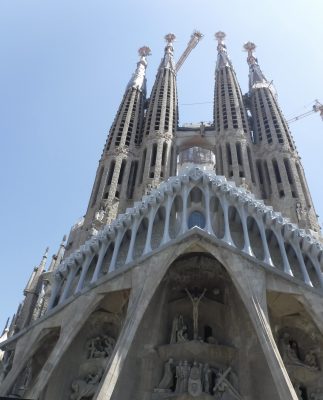 One of many modern sculptures in the city. 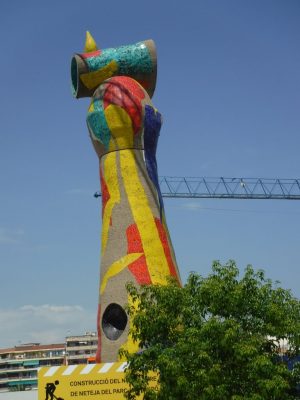 There are huge cranes everywhere in the city to do construction. 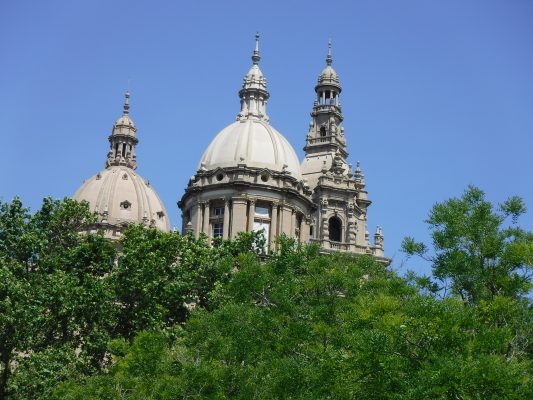 This is Terrasses de Santa Maria del Mar, which is the most emblematic gothic church in Barcelona. 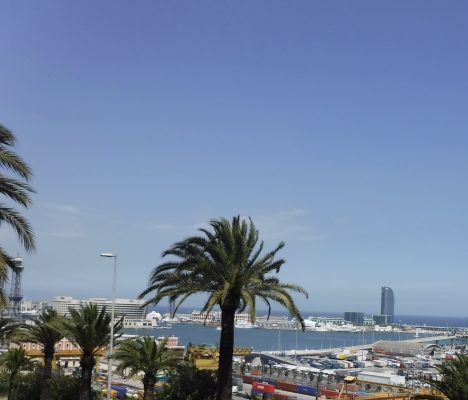 This is the World Trade Center and Barcelona Harbor.

We then take the bus back to the hotel. We are going to have dinner with Dorothea and Jim, but the restaurant doesn’t even open until 8 PM. So I finished this blog and we are packed to go home tomorrow. We have to catch a shuttle at 5:30 in the morning to the airport so it will be a long day home. The end of another wonderful trip with Lizzie. We took her 1500 miles with no major problems. We met great new people and are looking forward to the next trip, but for now goodbye!