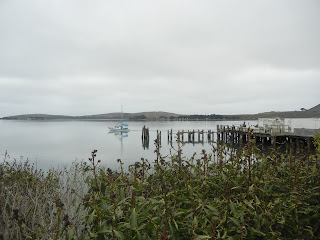 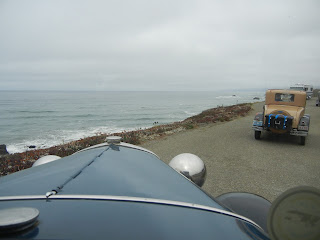 We stop along the coast. 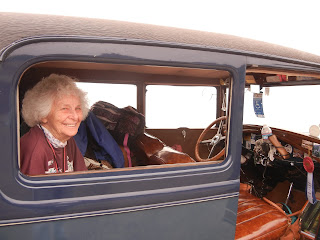 I think my Mom is enjoying the ride and not getting car sick by riding in the back! 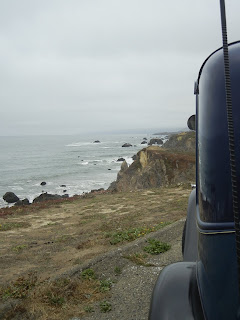 It has remained really overcast today, with no sun breaking through. 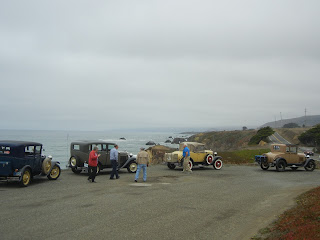 We stop for a group photo : Jensens, Shaws, Jorgensens, and Bowers. 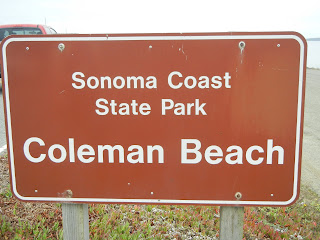 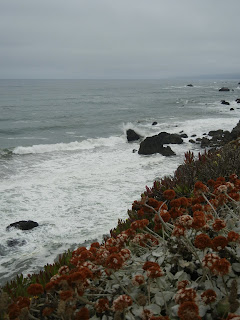 The coast is a beautiful place. 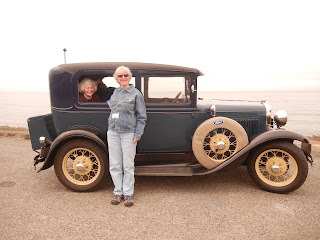 Mom and me with Tin Lizzie on the coast. 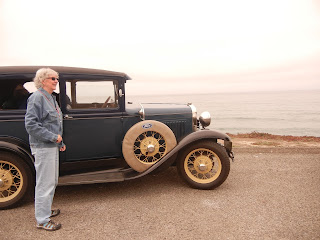 Lori and Tin Lizzie on the coast.
We drive up Hwy. 1 to a little town of Jenner, where I HAD to stop to get something with “Jenner” written on it for one said little boy named Jenner! I found a perfect sweatshirt. Then it was onto Fort Ross , where we stopped and visited the fort. 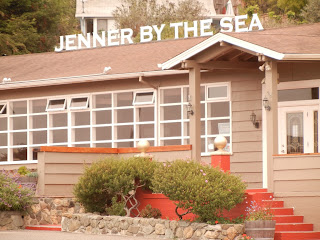 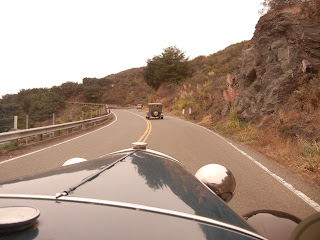 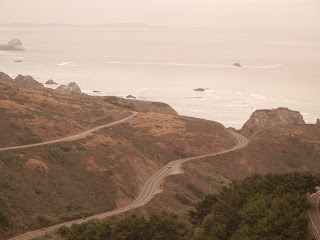 There were some pretty steep switchbacks along the way. 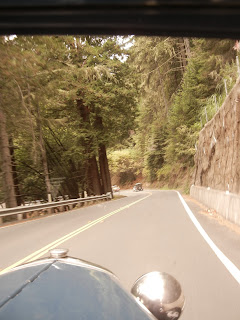 As well as pretty areas through the trees. 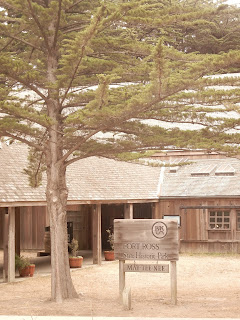 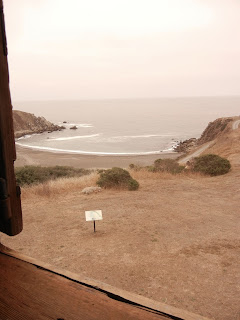 The hidden cove at Fort Ross. 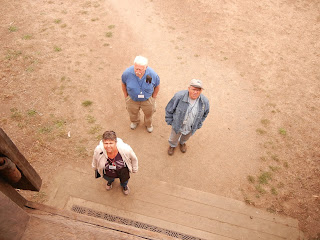 Dawn, John and Rick at the base of one of the towers at Fort Ross. 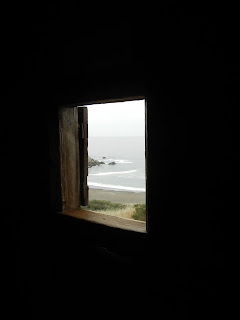 Looking out of a window in the tower at Fort Ross to the hidden cove. 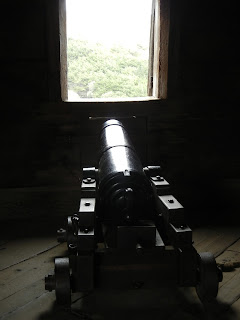 Cannon in the tower. 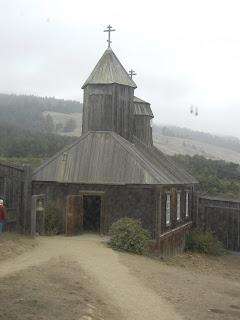 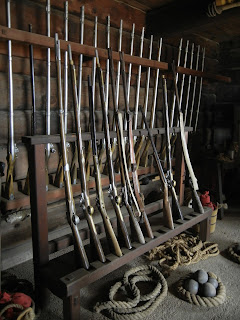 Some of the guns at the fort.
We head on towards Fort Bragg with an unexpected stop. Tin Lizzie is running REALLY HOT. We stop and add all the water we have. She is loosing water, but Rick isn’t sure from where. We drive on into Fort Bragg without any further problems. We go straight to dinner at a place called “The Wharf” for a very good seafood dinner. Then it is to the Lodge and to bed by ten. 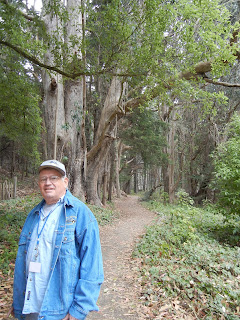 Rick on trail at Fort Ross. 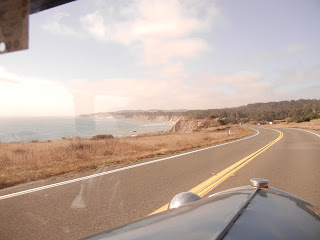 Pretty cliffs along the coast just before Fort Bragg. 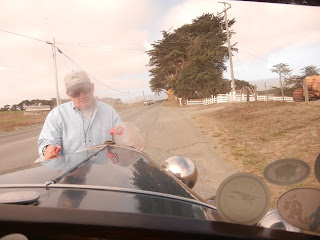 Steam pouring out of one hot Tin Lizzie! 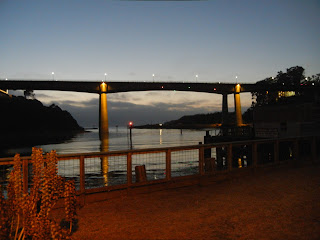