We get up at 0630 and we make final arrangements for taking Lizzy and the group off to the warehouse for shipment home.  Everyone is a little sad to see the tour end. 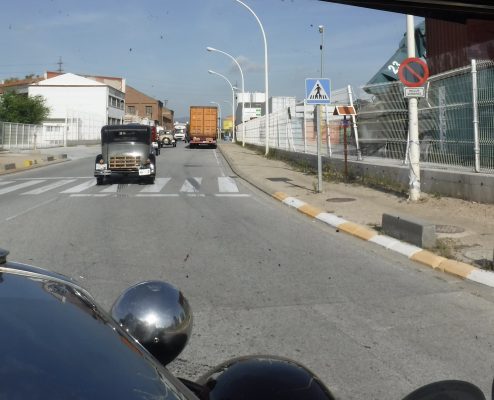 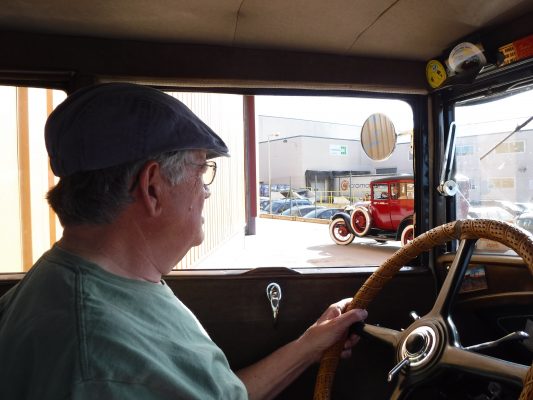 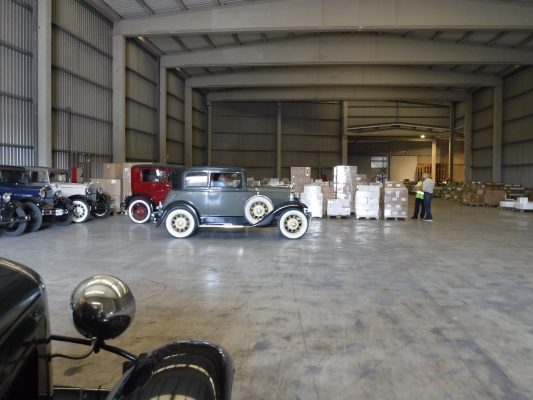 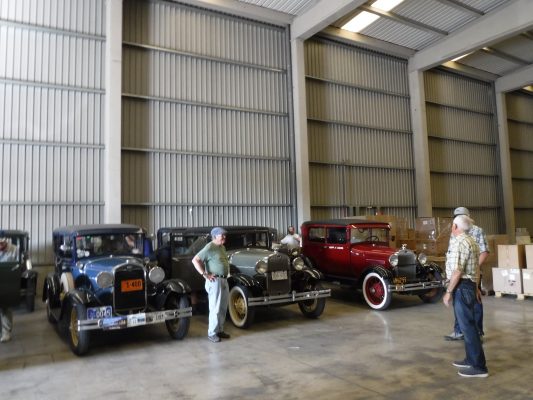 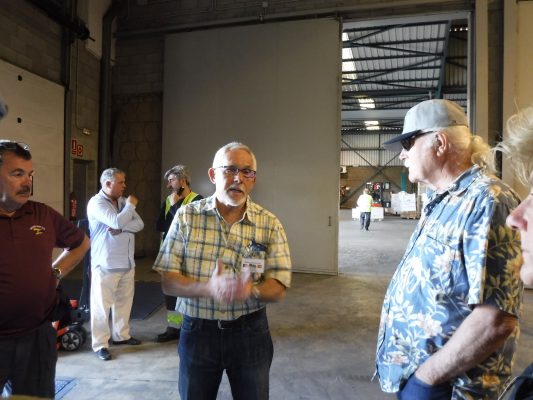 Rene Werder (our shipper) giving final instructions. And then informing us that the longshoremen are going on strike on Thursday (Hope we see our cars by Christmas). 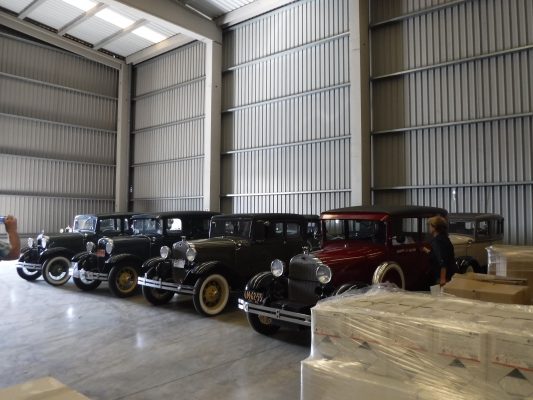 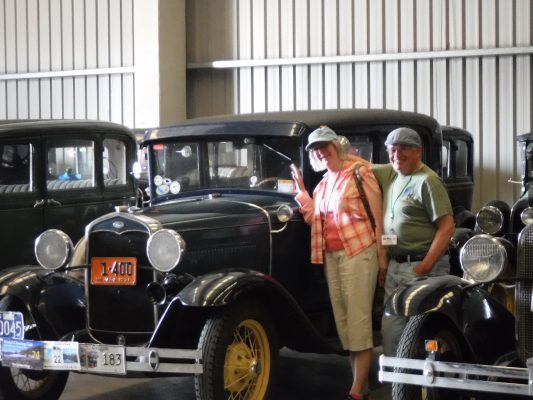 The group takes a Bus Tour of Barcelona. 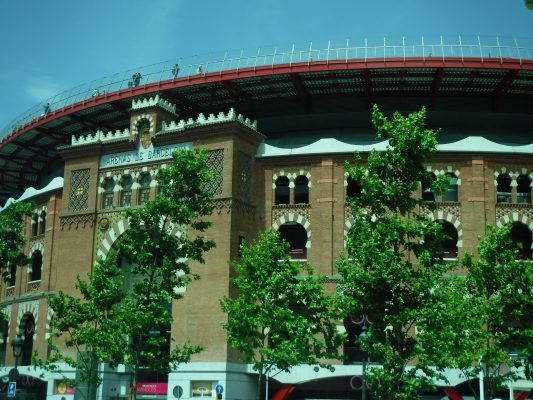 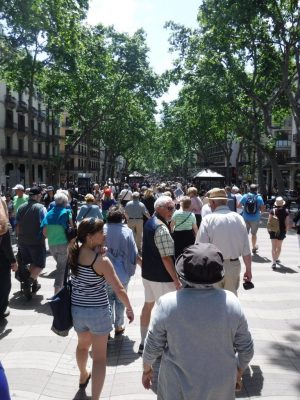 Our group in with the crowd, looking for a lunch place 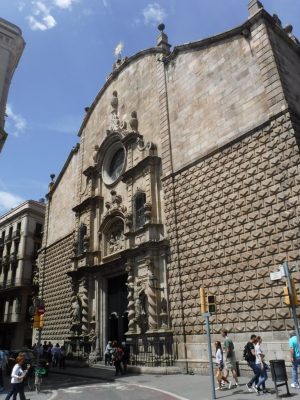 We see the old architecture next to the new.  Can’t get over the crowds of people.  Really a good thing we didn’t bring the A’s into downtown Barcelona

Now we find a restaurant for lunch 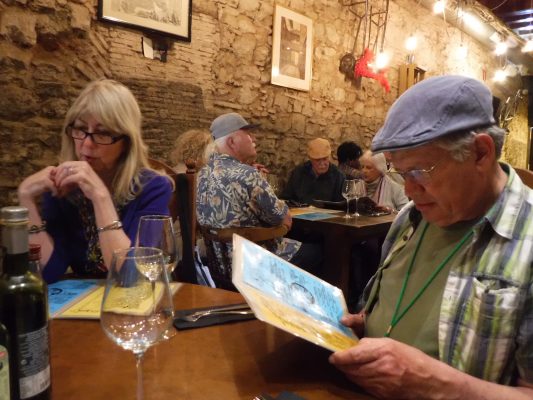 Pam and Rick looking over the menu 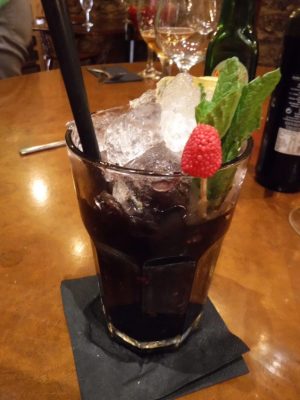 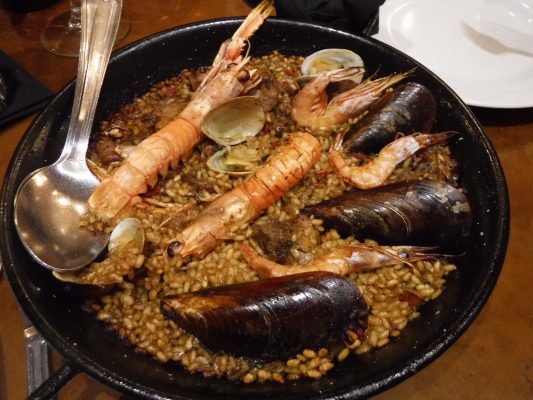 We order the Paella with Shrimp and Pork 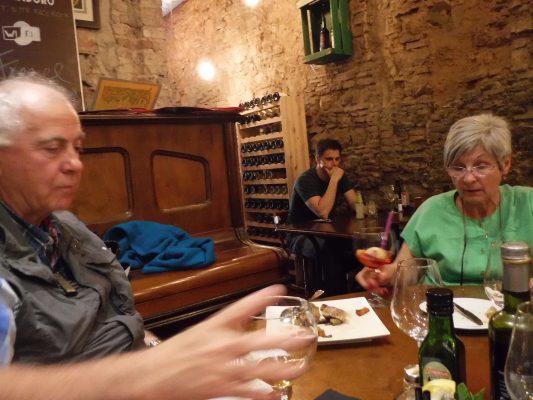 We run out of time as the bus is waiting for us and have to hurriedly end our lunch.  Ken never gets his order as their service is very slow.

We get back on the bus and resume to tour.  We see several building both old and new. 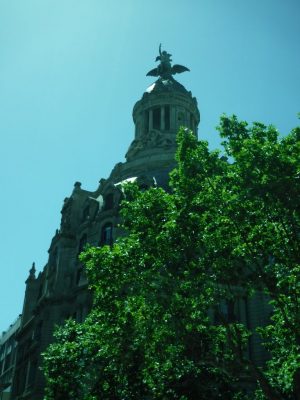 And then we stop at the Basilica Sagrada Familia by the architect Antoni Gaudi in the 19th century. It has been under construction continually since the late 1890’s. Our two photos here only show a glimpse of this overwhelmingly diverse cathedral with old and new construction methods, other architects have taken over.  There are spheres and spires that are something to see.  These two photos do not do it justice!! 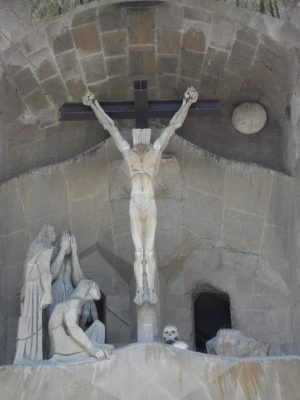 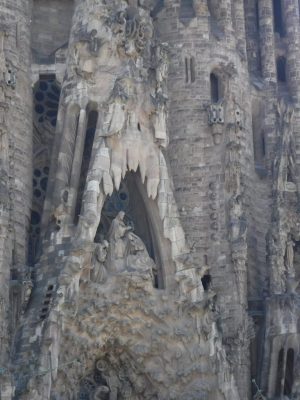 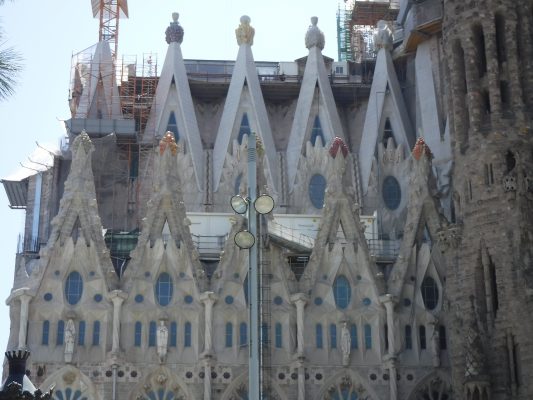 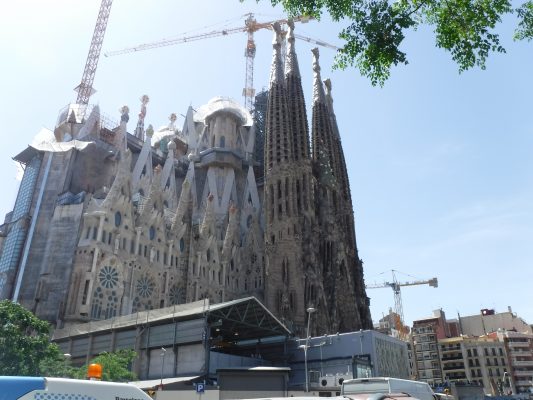 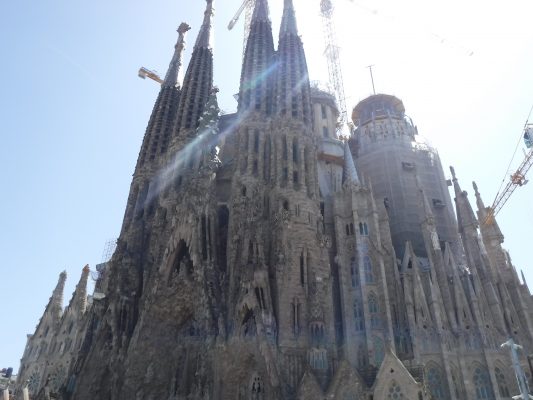 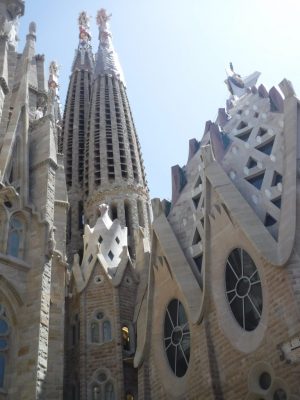 More examples of architecture found in this city. 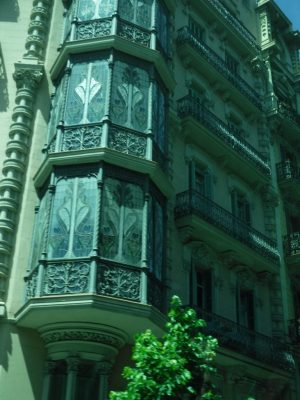 Note: We saw the statue of Christopher Columbus and other sites including the Olympic Stadium form the 1992 Olympics and returned to our hotel by approximately 7PM…. 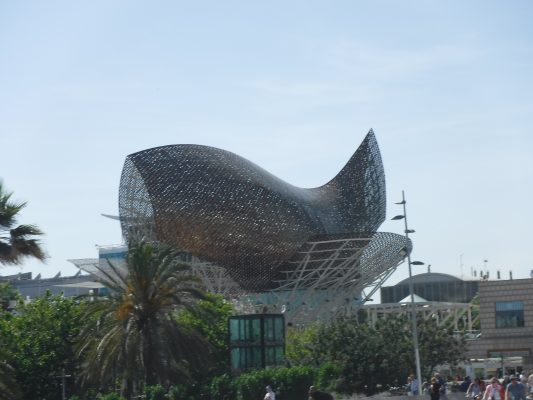 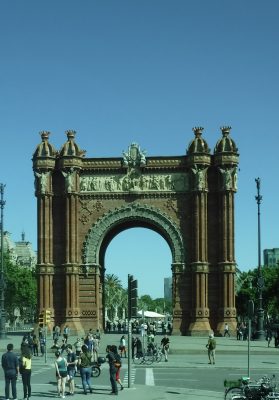 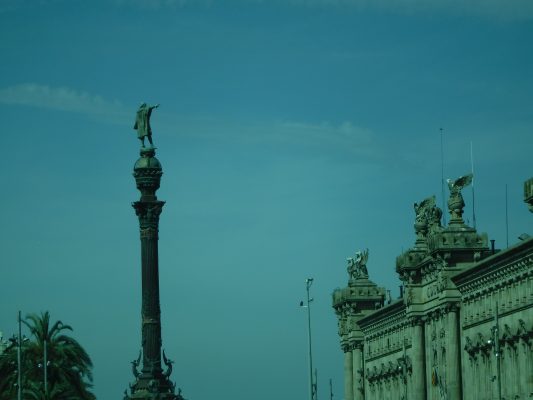 View of Barcelona from top of the mountain. 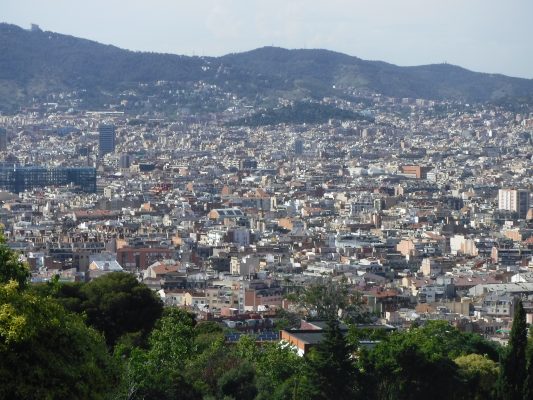 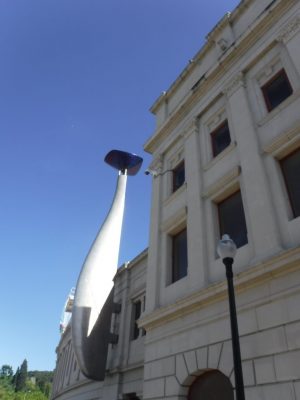 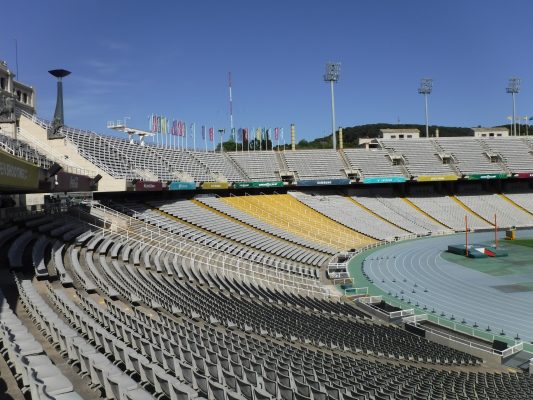 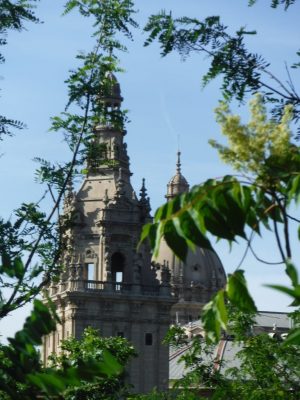 As they say, Good Night for now